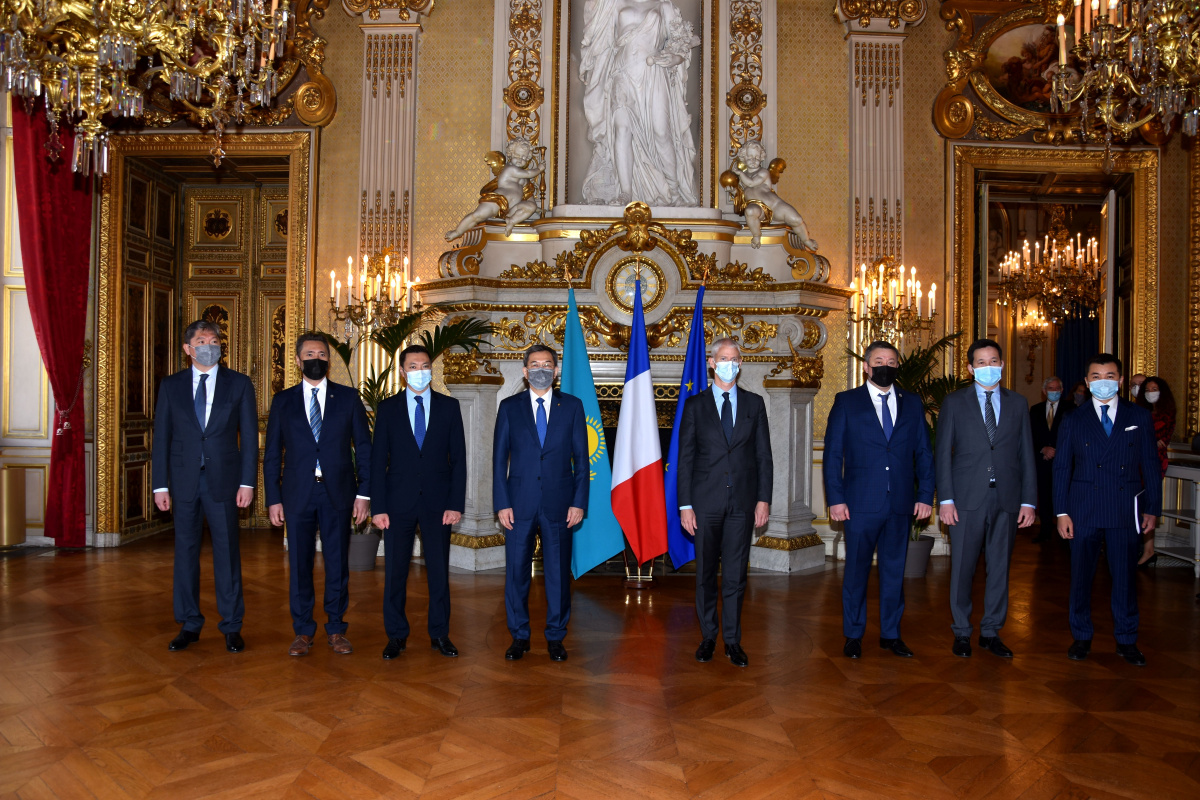 Anuar Omarkhodzhaev, Deputy Chairman of Baiterek Holding’s Management Board, has visited Paris to participate in the 14th regular session of the Kazakh-French Intergovernmental Commission, which was held on April 29-30, 2021.

During the session, Anuar Omarkhodzhaev told his French colleagues about Baiterek Holding and the government’s measures to support priority sectors of the economy, the agricultural sector in particular.

He spoke about Baiterek Holding’s subsidiaries that finance the agricultural sector, focusing on what projects are being implemented in cooperation with foreign companies and are financially supported by the Holding. He also called on French investors to invest in Kazakhstan’s agriculture.

During the visit, the Embassy of Kazakhstan in France and MEDEF International organized a round table, during which the Kazakh delegation negotiated with potential investors. MEDEF International is the driving force of the French business uniting 800,000 companies of all sizes across industries and sectors.

The Intergovernmental Commission on Economic Cooperation has been operating since 1992. The co-chairman from the Kazakh side is Beibut Atamkulov, the Minister of Industry and Infrastructure Development of the Republic of Kazakhstan. The French side is represented by Frank Riester, the Minister-Delegate for Foreign Trade and Economic Attractiveness under the Minister for Europe and Foreign Affairs. The previous 13th meeting of the IGC took place on September 7, 2017, in Nur-Sultan.