Baiterek Holding offers a range of investment products to the world's most impressive and forward-looking investors.

A reliable partner for foreign and local investors

Baiterek Holding is a reliable partner for investors in the Kazakhstan economy whose success is possible only in presence of favourable, open market conditions. Therefore, Baiterek's key activity is to build mutually beneficial relations with international financial organisations, banks, investment funds and international companies. The holding provides financial and non-financial support to various investors, from individuals to large industrial corporations.

Investment, aligned to a country's mission

Baiterek enables investors to comfortably conduct business in Kazakhstan, financing priority sectors of the economy and specific projects. As a unique, integrated development institution, Baiterek can offer a wide range of options to potential investors ready to work in Kazakhstan.

The favorable legal environment for Kazakh investments abroad and foreign investments in Kazakhstan are guaranteed by International Convention and various multi and bilateral agreements. Its Entrepreneurial Code provides safeguards that minimize risks to investment activities. The Republic of Kazakhstan's laws enshrine state support for investors by ensuring national security and public order.

Kazakhstan:
A smart investment
About
Kazakhstan 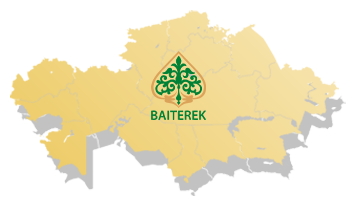 The country has common borders with Russia in the north and west, with China in the east, with Uzbekistan and Turkmenistan in the south. Kazakhstan is the largest country in the world that does not have direct access to the World Ocean. 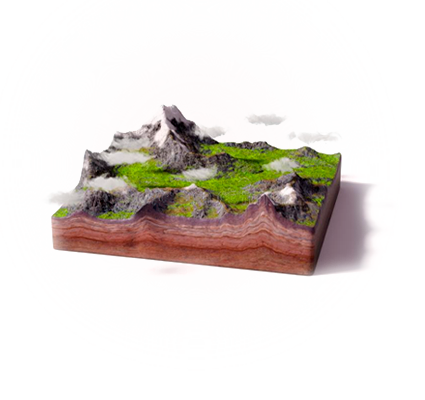 Kazakhstan has a variety of mineral resources. There were 99 elements out of 105 of the periodic table identified in the subsoil assets of Kazakhstan, reserves were explored for 70 elements, and more than 60 elements were involved in the production.

The mineral and raw material base of the country consists of more than 5 thousand deposits, the forecasted cost of which is estimated at tens of trillion US dollars. The country ranks first in the world in terms of explored reserves of zinc, tungsten and barite, second in silver, lead and chromite, third in copper and fluorite, fourth in molybdenum, sixth in gold.

Kazakhstan also has significant oil and gas resources (9th place in the world for demonstrated oil reserves), which are concentrated in the western regions. In addition, the country holds 8th place in regard to coal reserves and 2nd place in terms of uranium reserves.

In December 2012, the Development Strategy of the Republic of Kazakhstan until 2050 was presented to the people of the country in the Address of the Head of State. Its main goal is to create a prosperous society based on the strong state, developed economy and the universal labor opportunities, as well as the Kazakhstan’s accession into the top thirty developed countries of the world.

To achieve this goal, Kazakhstan-2050 Strategy envisages the implementation of seven long-term priorities: