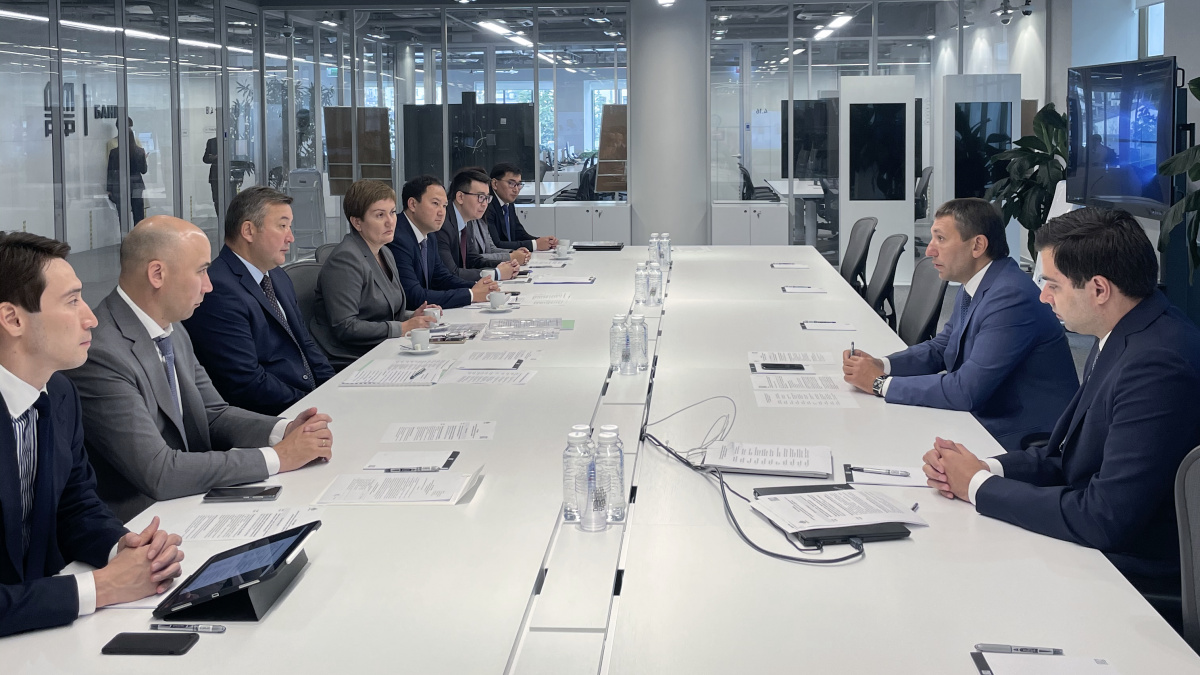 Baiterek Holding’s delegation, headed by Anuar Omarkhodzhaev, Deputy Chairman of the Management Board, paid a visit to Moscow, where DOM.RF presented the instruments for the support of the housing construction. The visit also aimed at increasing cooperation between the two holdings.

The delegation included representatives of the Holding and its subsidiaries – Kazakhstan Housing Company and Otbasy Bank.

The meeting was held under the agreements signed during the St. Petersburg International Economic Forum on June 4, 2021. DOM.RF is a large Russian state holding, which includes banks and construction companies. They build residential buildings with a comfortable urban environment, develop mortgage programs and rental housing, and ensure the efficient use of the land.

At the meeting, Anuar Omarkhodzhaev spoke about optimizing the residential units and creating a single operator of housing construction. An updated Development Strategy was adopted, which is based on the Singaporean Housing and Development Board. According to it, the Single Operator will be developed for the next five years and soon will be engaged in the development of self-sufficient microdistricts with the necessary social and commercial infrastructure.

– As we know, DOM.RF intends to increase housing construction by 1.5 times by 2025 – up to 120 million square meters per year. The government of Kazakhstan has set a similar task to commission 103 million square meters of real estate by 2025. In order to create a comfortable living environment, it is important to use modern construction technologies and different approaches to planning mass construction. We also need to provide financial support to people. It will help create jobs and expand access to economic benefits, – said Anuar Omarkhodzhaev.

DOM.RF also presented the Standard for the Integrated Territory Development. It promotes compact urban form – districts where it takes only 15 minutes to walk to schools, kindergartens, shopping centers, and hospitals. It means that the construction of so-called bedroom communities is to be stopped because its inhabitants spend too much time and energy on the road to the city center.