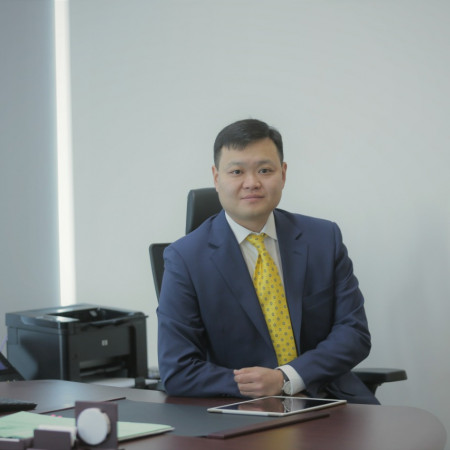 Vyacheslav Son, a citizen of Kazakhstan, born in 1982, was appointed as the Managing Director of “Baiterek National Managing Holding” JSC in January 2017. He supervises legal support issues, including the Holding’s legislative activities. Based on the decision of the Sole Shareholder, he was elected as a member of the Board of Directors of the “Investment Fund of Kazakhstan” JSC, “QazTech Ventures” JSC, which are a part of “Baiterek” Holding’s structure.

During the period of 2009 to 2012, he was engaged as the Managing Director of “Tau-Ken Samruk” National Mining Company” JSC, where he was supervising administrative and legal activities, as well as investment projects development issues.

During 2012 to 2013, he was the Chief of Staff, Deputy General Director at “Kazspetsexport” RSE of the Ministry of Defense of the Republic of Kazakhstan.