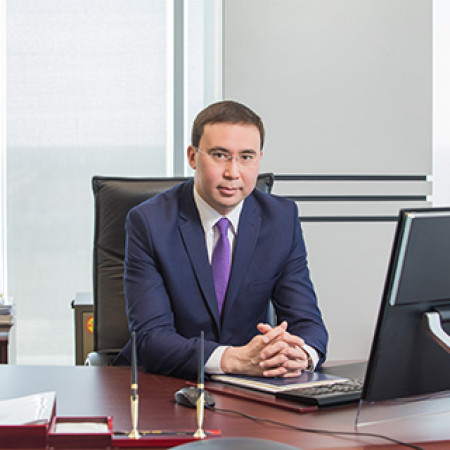 Managing Director for Economics, Accounting and Reporting, Treasury, Corporate Finance, Member of the Management Board

Yersain Khamitov, a citizen of Kazakhstan, born in 1983, was appointed as the Chief Financial Officer at “Baiterek” National Managing Holding JSC in 2014. In February 2016, he became a member of the Holding’s Management Board based on the decision of the Holding’s Board of Directors. Y. Khamitov coordinates issues of economy, accounting and reporting, and treasury, corporate finance. He has 14 years of experience in banking and corporate governance.