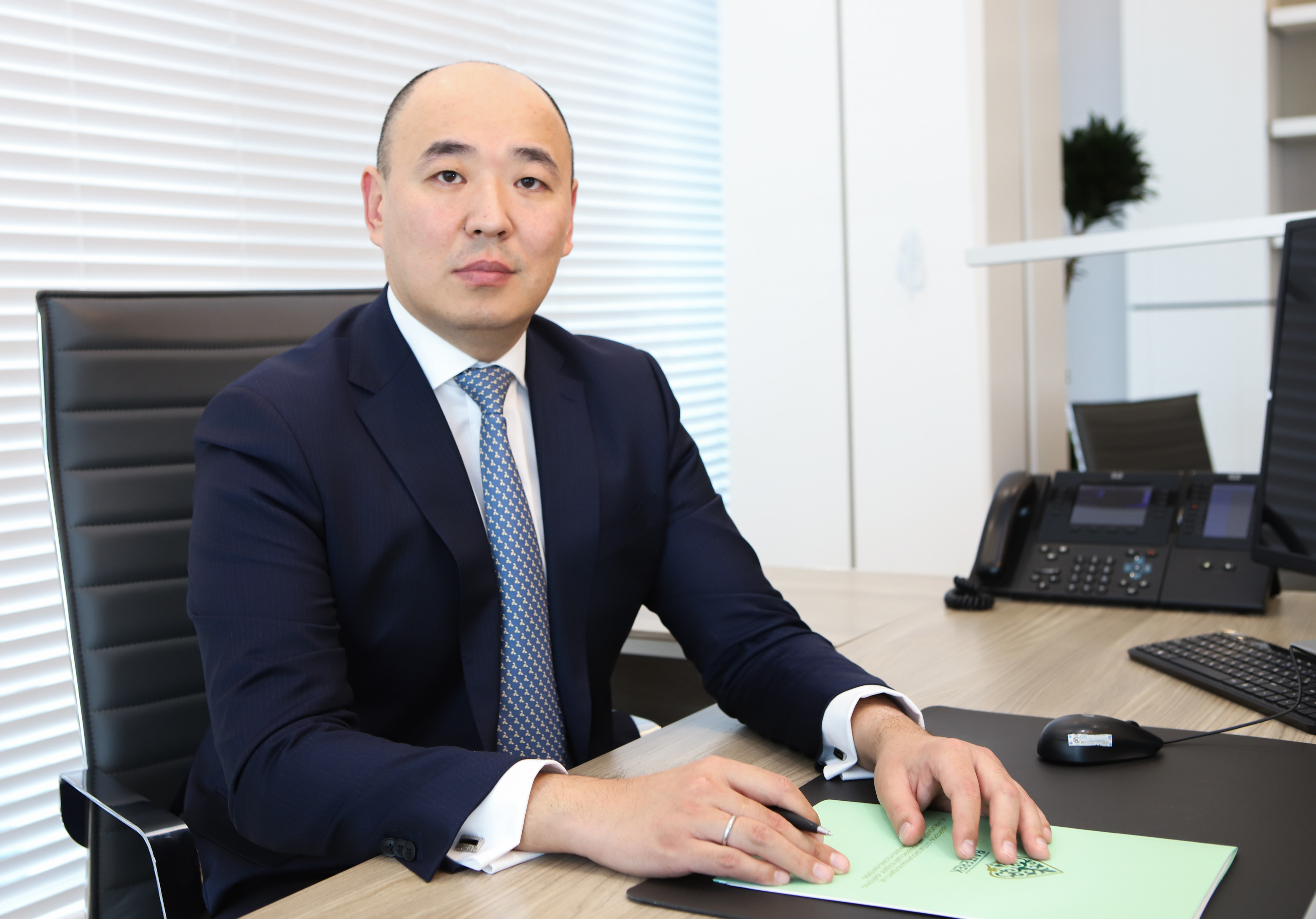 NUR-SULTAN – Chairman of the Management Board of Kazakhstan’s state-run financing institution Baiterek Holding Kanat Sharlapaev in his exclusive interview to The Astana Times introduced holding’s plans to strengthen the support for small and medium-sized enterprises (SMEs) and measures taken by the holding to turn into more accessible and transparent institution for local businesses.

Baiterek holding with $US22 billion in assets and $US3.9 billion in equity provides financing in the sectors of both large businesses and SMEs, in private equity investments, supporting the housing sector, and development of agriculture.

Although the support of large industrial businesses remains a significant part of the holding’s strategy, the company plans to expand financial support for SMEs and micro-businesses.

“We believe that small and medium-sized enterprises are a major driver of any economy and it should play a bigger role in the economy of Kazakhstan; therefore, that is the focus of the holding,” said Sharlapaev.

One of the main providers of supportive measures for the SMEs and micro businesses – Damu Entrepreneurship Development Fund, holding’s subsidiary. In 2021, 50 percent of the Damu funds was directed to support SMEs, and this year, according to Sharlapaev, it is planned to intensify the support up to 70 percent.

“Last year, we supported approximately 57,000 projects of SME­ sector. In addition, we insistently increase the support to micro and small businesses. And this year the financing will grow,” he said.

In addition, Sharlapaev said that the holding plans to work on “import substitution, and stimulation of domestically produced goods.”

Sharlapaev said that Baiterek holding believes that businesses should “grow with the holding and reach the stage where they can become large businesses,” and there are all instruments available for that.

“The way the holding sees it is as follows: an entrepreneur applies to the Damu in order to run a business. Afterwards, as the business grows, the holding can support in exporting produced goods through Kazakh Export. The final stage would be the support of the Development Bank of Kazakhstan (DBK) to become a large business,” he said.

DBK is a subsidiary of the holding that provides financing to large business sectors of the economy and big greenfield projects. Last year 37 large business projects received support worth 533.2 billion KZT ($US1.2 billion).

One of the projects is a tire plant built in Saran town in the Karaganda Region. The construction of the tire plant started in 2021 and it is expected to be finished in 2022.

The tire plant will produce around 3.5 million tires annually and employ over 1,000 people, according to Sharlapaev. In the future, the plant has the potential to increase its production by up to nine million tires per year and become one of the largest tire plants in Central Asia.

“We are essentially creating highly specialized production in the region where it can create workplaces, provide opportunities for other businesses around and it involves technology transfer,” said Sharlapaev. “It will require the use of specific equipment and skilled workforce in place.”

Supporting the green economy and sustainable businesses is also part of the holding’s strategy. CATEK Green Energy is among several projects that spun out of Baiterek’s green project division. The company built a complex of wind power plants with a capacity of 100 megawatts.

The implementation of the project ensured the annual consumption of more than 10,000 families with environmentally friendly energy. The wind power plant saves more than 79,000 tons of equivalent fuel per year and reduces greenhouse gas emissions by 230,000 tons per year, which is equivalent to the emissions of 113,000 cars.

Sharlapaev added that the holding seeks to implement ESG principles in the decision-making on all stages of its activities. “We rely on awareness of entrepreneurs to do businesses in accordance with Sustainable Development Goals,” he said.

President Kassym-Jomart Tokayev instructed to restructure the activities of DBK at the Mazhilis (a lower house of Parliament) meeting in January. “There should be transparent and clear mechanisms, and special attention should be paid to the development of SMEs in the regions,” he said.

In the interview, Sharlapaev pointed out that the company diligently follows the transformation plan. “The idea is very simple: it is about transparency, speed of decision making, and making sure that entrepreneurs have the access to DBK financing,” he added.

One example of change is speeding up the decision-making. “It used to take 153 days to actually reach a decision in DBK. We are working to reduce that number to around 73 days,” said Sharlapaev.

“The holding takes a proactive approach – to encourage entrepreneurs to apply for DBK financing to make sure that the holding provides an equal playing field for the entrepreneurs in the country,” said Sharlapaev adding that the best way to do this is through digitization – by creating electronic queues. “There’s more transparency that way.”

The holding also simplified its structure by reducing the number of its subsidiaries from 14 in 2019 to 8 by the end of 2021. “By the end of this year it is going to be down to seven,” concluded Sharlapaev.