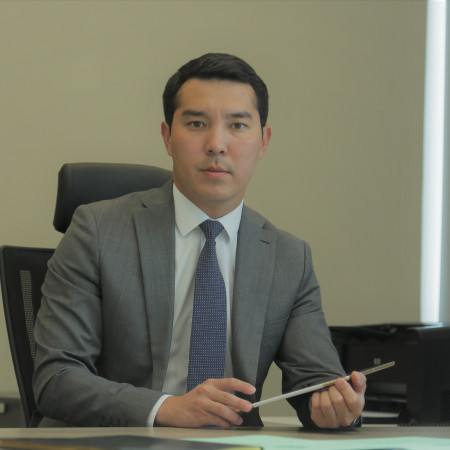 Arman Shamshin, a citizen of Kazakhstan, born in 1986, was appointed as the Managing Director of “Baiterek” National Managing Holding” JSC in October 2018. Supervises issues of interaction with government agencies, asset management.

Based on the decision of the Sole Shareholder, he was elected as a member of the Board of Directors at the “Investment Fund of Kazakhstan” JSC (a subsidiary of “Baiterek” NMH JSC).

He started his career in 2011 in “Beineu-Shymkent Gas Pipeline” LLP.

He has been working at “Baiterek” NMH JSC since 2016. Over that period of time, he headed the Secretariat, as well as was an adviser to the Chairman of the Holding’s Management Board.