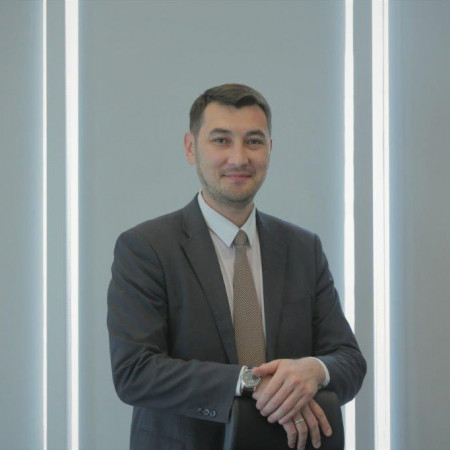 Adil Nurgozhin, a citizen of Kazakhstan, born in 1983, was appointed as the Managing Director of “Baiterek” National Managing Holding” JSC in September 2018. Supervises issues of project financing and international cooperation, the development of innovative projects and the introduction of information technology. Based on the decision of the Sole Shareholder, he was elected as the Chairman of the Board of Directors of “QazTech Ventures” JSC and a member of the Board of Directors of “Housing Construction Guarantee Fund” JSC, which are a part of “Baiterek” Holding structure.

He started his career in 2004 as a junior associate of GRATA Law Firm in Almaty.

In 2007-2009, he headed Marketing and Advertising departments, and then the Strategic Development Department of “Regional Financial Center of Almaty” JSC.

In 2009-2012, he was the Director of the Department for Investment Projects in Mining and Chemical Industries, Managing Director of “Samruk-Kazyna Invest” LLP.

During 2012 to 2018 he was holding the position of the General Director at “VTB Capital I2BF” LLP.