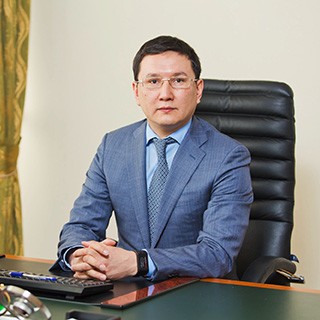 Member of the Board of Directors, Chairman of the Management Board of "Baiterek" NMH" JSC

He graduated from the Kazakh State Management Academy, the Diplomatic Academy of the Ministry of Foreign Affairs, and Columbia University(USA) through "Bolashak" Presidential Program.

He has over 20 years of experience in civil service and corporate governance.

Since 1997 to 2004, Aidar Arifkhanov was employed as the Chief Expert at the Program and Social Loans Department of the Committee for Foreign Loans, the Head of the departments of program and social loans, loans implementation at the State Foreign Loans and State Guarantees Administration, Head of the Government Loans and State Guarantees Administration, Deputy Director of the Government Debt and Credit Department at the Ministry of Finance.

From April 2004 to 2006 - Vice Minister of Finance of the Republic of Kazakhstan.

Since December 2017 - Chairman of the Management Board of "Baiterek" National Management Holding" JSC.