Let me introduce the results of the activities of Baiterek Holding for 2019 and plans for 2020.

Key directions and objectives of the Holding

Baiterek Holding was established 7 years ago with the goal of diversifying the economy and attracting investment.

The Holding includes 11 companies in the field of industrial and innovative development, promotion of non-resource exports, development of small and medium enterprises and the implementation of tasks in the housing and construction sector.

The combination of these areas allowed the Holding to become a unique development institution that has no analogues in the world.

The results of the main strategic directions of the Holding are disclosed below.

The first area is support for large businesses. In the absence of long-term financing in tenge at second-tier banks, DBK is the locomotive of long-term lending to non-resource sectors of the economy - providing every 2nd tenge.

The holding holds almost 50% of the market for long-term lending to non-primary sectors of the economy. DBK's portfolio includes 55 investment projects and 15 export operations worth 6.3 trillion tenge.

Support for small and medium-sized businesses

Export support is the third strategic direction of the Holding.

In addition, KazakhExport opened a network of representatives abroad in the cities. Tashkent, Dushanbe, Novosibirsk, Yekaterinburg and Bishkek. (Also in 2018, KazakhExport appointed representatives in Kazan (Russian Federation), Xi'an (China). These measures will ensure further growth in the volume of non-oil exports.

The fourth area is ensuring financial affordability of housing. The holding is the main operator of housing construction programs in the Republic of Kazakhstan.

So ZHSSBK takes the first place in long-term tenge deposits of the population in the amount of over 800 billion tenge. By the end of 2019, about 63% of mortgage loans or 527 billion tenge were issued by the ZhSSBK.

Since January 1, 2018, legislative amendments have been introduced to allow military personnel to accumulate in the ZhSSBK at the expense of received housing payments. Over 67 thousand troops will be provided with their own housing. As of 01.01.2020, military personnel opened 98.3 thousand special accounts with a total income of 207.8 billion tenge, 6,592 loans worth 100 billion tenge were issued.

In June 2019, the program “Rental Housing with Foreclosure" was launched for doctors and teachers. As part of the provision of rental housing for doctors and teachers of the CFC, contracts were signed for the purchase of 567 apartments (31.4 thousand square meters). Also, at the expense of KIK's own funds, 84 apartments (5.2 thousand sq.m.) were purchased for employees of the Eurasian Group LLP.

The total fund of rental housing built and acquired by KIK for 2015-2019 amounted to 1.1 million sq.m. (19,234 apartments). During the period of the implementation of the program “Rental housing with the right to purchase” 18.4 thousand families were provided with rental housing.

Baiterek development finances the construction of credit housing through the mechanism of redemption of bonds of MIO according to the "revolving" principle.

In order to reduce the cost of commercial loans, the Damu Fund has subsidized projects of private developers worth 104.1 billion tenge.

Pursuant to the order of Elbasy at the XVIII Congress of the Nur Otan Party, in order to provide a large family with 4 or more children, families with or raising disabled children, single-parent families with children, a special program called “Funs for Children” was developed, which became part state programs "Nurly Zher" (amendments to the PRM were introduced on April 29, 19).

In addition, in accordance with the Address of the Head of State, starting from 2020 - 2023. the annual issuance plan will be at least 10 thousand applications.

For example, with an apartment cost of 8 million tenge, an initial payment of 10% or 800 thousand tenge, and a loan term of 19 years, the monthly payments will be the first 8 years - 42.1 thousand tenge, the remaining 11 years - 27, 4 thousand tenge.

Until the end of 2020, the Holding has the following goals:

Creation of a single operator in the field of housing

According to paragraph 77 of the National Plan of Measures for the Implementation of the Address of the Head of State, the Holding is instructed to take measures to reduce the number of housing program operators.

The consolidation of assets and reformatting of instruments of the Holding’s housing block will make it possible to raise capital on market conditions, mix with current financial flows and reduce the cost of funding for akimats and private developers, including through subsidization and guarantee mechanisms.

A single operator will comprehensively provide direct support from strategic planning to full support of projects at all stages of implementation, including engineering, digital monitoring and subsequent operation.

Optimization of the housing block of the Holding will increase capital by 120%, assets by 70% and will reduce overall administrative costs by 25-30%.

At the same time, Housing Construction Savings Bank, as the only bank in the country developing a system of housing construction savings, will continue its functions of issuing preferential housing loans to the population.

Thus, the number of existing five operators will be reduced to two - the Holding’s housing block will stimulate the construction of housing through the functions of the Single Operator and will provide demand from working citizens through loans from the ZhSSBK.

In accordance with the resolution of the Head of the Presidential Administration of the Republic of Kazakhstan dated November 29, 2019, it was instructed to ensure the implementation of paragraph 77 of the Action Plan in two stages.

1) At the first stage, before the end of 2019, begin work on the merger of JSC "DB" and JSC "KIK" by making appropriate corporate decisions;

2) At the second stage, by July 1, 2020, to ensure the introduction of relevant legislative changes and the adoption of the necessary corporate decisions on the merger of JSC FGHS into the Single Operator.

Development of a venture financing tool. In previous years, legislative acts on venture financing were amended and QazTechVentures was transformed. In addition, as part of the Head of State’s visit to the United States, an Agreement was signed on the creation of a joint fund with the American Venture Investment Fund (500 Startups). This measure will ensure the attraction of new investments. We expect that in April of this year the first project of the joint fund will be funded. I also note plans for the current year to create a Kazakhstan venture fund.

Thus, the implementation of the planned measures for 2020 will allow to successfully fulfill the tasks set by the Head of State and the Government for the Holding, as the main financial operator of state programs for the development of entrepreneurship and ensuring the affordability of housing. The composition of the Holding's Board of Directors has been changed 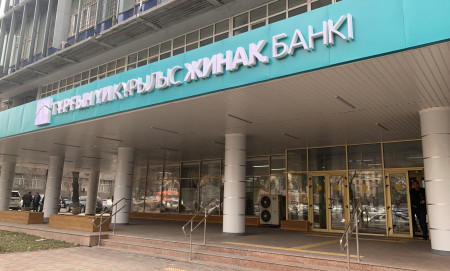